"A Crown for the Worst Headache or Migraine - Did Medical Marketing Go Wrong?"

"A Crown for the Worst Headache or Migraine - When Medical Marketing Goes Wrong."

As if battling the stigma the surrounds migraine and headache disorders isn't difficult enough, we can thank Excedrin for continuing it. Excedrin is currently running a sweepstakes called "Who Deserves Excedrin The Most - Help Decide Who Wears the Crown." In this sweepstakes the idea is to vote on a collection of people or "headache sufferers" who are matched in a daily, "head-to-head" video format, enacting a story and/or situation. The idea is to vote for who deserves to wear "the crown." E-gift cards are given out every day and your vote is then entered into the pool for the grand prize, a seven day trip for two to Jamaica.

So what's wrong with this picture to find out continue reading "A Crown for the Worst Headache or Migraine - Medical Marketing Gone Wrong" at Hormones Matter.


Thanks for reading and feel well,
Nancy

The Western New York Migraine and Headache Disorder Support Group is celebrating its 2nd Anniversary. It is unbelievable to me  that two years has gone by so quickly.

Our group has had a stable number of members for quite some time, but I know there are more people with migraine and headache disorders in the Buffalo/Niagara region who are looking for, and need support and accurate information. Please consider joining us tomorrow night when we will talk about all the exciting things that are in store for us in the migraine and headache disorder world.

We will meet this Monday April 22, 2013, at 7 pm in the All Care for Women building on 6095 Transit Rd., in East Amherst, N.Y., 14051. We ask people refrain from wearing perfume, cologne or other products with scents as these may trigger a migraine for some of our members.

Feel free to contact me with questions at nhb@wnymigrainesupport.com or check us out on

Thanks for reading and I hope to see you tomorrow night!

Dealing with Menopause, Migraines and My Empty Nest 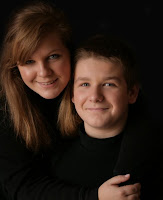 Migraine and chronic pain are never too far from my thoughts, but I work hard to keep them at bay. This takes a bit of practice each day, because as with any chronic illness, daily lifestyle modifications need to be made to keep pain at a semi functioning level.

I've recently begun a new adventure called menopause that seems almost as complex as migraine. While I've been becoming acquainted with it, something else is moving in, or better stated, moving out - an empty nest.

While growing up three things I never thought about were migraines, menopause and having an ‘empty nest.’ What I did think about were the clothes I wore to school, whether or not I had the “in” purse, how not to get my period in school and how my hair looked. When I had a migraine it was around my period and I was able to tend to it with over-the- counter medications. 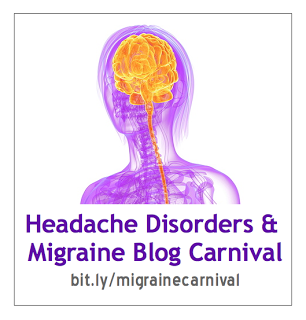